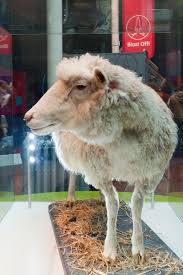 A visit to the National Museum of Scotland is an interesting and fun day out for all the family if you are in Edinburgh.

The state-of-the-art galleries feature objects covering more than 250 years of enquiry and innovation and were partially funded by a 1.3 million grant from Wellcome. The subjects covered include:

Simon Chaplin, Wellcome’s Director of Culture and Society, said: “Scotland has been and remains a global leader in medicine and bioscience, and Wellcome is proud to support the new galleries at the National Museum of Scotland which reflect this history of world-class research and innovation.”

The world’s first full-body MRI scanner will be included in the display at the museum. This was developed at the University of Aberdeen through the 1970s and is now part of our Museums’ collection.

This project is supported by Wellcome, Heritage Lottery Fund and the Scottish Government, as well as other major trusts, foundations and nearly 800 generous individual donors.

This site uses Akismet to reduce spam. Learn how your comment data is processed.